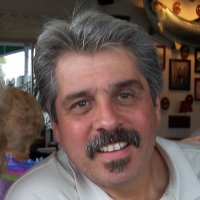 Known as the Door Operator Guru, Roy Bardowell is one of the most respected and knowledgeable men in the garage door and operator industry. His special passion for residential garage door, commercial door and gate operators leaves an impression on everyone he meets. Roy's training sessions at IDA Expos are always the one of the most widely attended sessions. He has been recognized by IDEA with the "Commitment to Excellence Award" and is an IDEA Certified Door Dealer Consultant. Roy was Operations Manager at Guardian until 2012. We hope that you find Roy's articles informative and entertaining. Feel free to leave your comments for Roy. 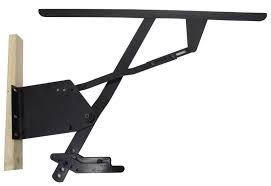 Holmes Industries was once the largest producer of one-piece doors in Long Beach, California and had a monopoly on one piece door production for a long time. Back in the day, a one-piece door was known in other states as the California door. Holmes supplied most of the one –piece garage doors sold in California from 1960 to 1975. One-piece doors also found their way into homes in Oregon, Washington state, and many other regions in the Western USA and Western Canada.

From a production point of view, they were easy to build, easy to customize and easy to install. The only issue for installers was transporting the large heavy 16X7 foot wall which could weigh up to 400 pounds. The smarter installers used a small pick-up truck that had a lower rack than the full-sized pick-ups. This permitted an installer to back the truck with the heavy door on his rack into the garage, so the heavy door was in place for the installation. Even today when taking down a one-piece door, it is recommended and easier to lower the open door onto a smaller pick-up truck rack, then remove the spring, and jamb type hardware.

I first started doing garage door service in 1975 in Montreal, Canada and to my surprise I found many one-piece doors in Eastern Canada which is very far away from Southern California. These doors were mostly made from wood, which allowed me to use a circular saw to cut the door into smaller pieces which made them easier to carry to discard. The main difference on one-piece garage doors installed on the East coast, is they didn’t use the standard jamb hardware found in California. They would close off the opening in similar ways, but the counterbalancing was done differently. 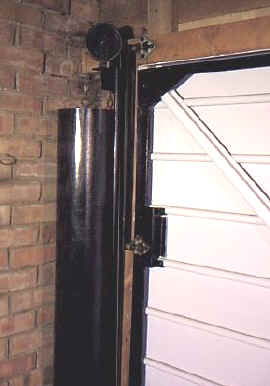 One important feature exclusively found in one-piece Canadian made doors was the addition of a man door. Because the Canadian doors were better insulated, they were inherently heavier and thicker, so on these heavy Canadian doors the counterbalancing was accomplished with counterweights instead of a pair of huge extension springs which have their own safety issues.

The counterweights were found on both sides of the door and made from pipe filled with steel washers, concrete, or stones. However, one-piece doors were hard to seal off from the outside elements which made them impractical in the colder climates of Canada. The poly-urethane insulated sectional door type quickly replaced one-piece doors in Canada and is now replacing one-piece doors everywhere in North America. Still, because of the simplicity in manufacturing a one-piece door, it will be some time before the design is completely made obsolete.

Make no mistake, in time, one-piece doors will completely disappear in the history time-line of garage doors. I assume jamb type door hardware for one-piece doors will become difficult to find and also become pricier. If you own a one-piece door, it is safer for you replace the system for the better sectional door system in which replacement components will be around for many more decades.

New home builders discovered the many safer and practical advantages of sectional doors many years ago, so today new home build is being done only with sectional garage doors in the USA and Canada.

In Europe there are a few manufacturers who continue to make them for single car garages, but I imagine this will be short-lived. In Europe there is always a focus on safer designs, so the sectional door should replace your one-piece doors sooner than later.

The biggest threat is; as the one-piece door closes, it produces a scissoring action on either side where someone or a pet can be pinned or trapped. The use of internal sensors and external photo-sensors sold with updated door openers offer some limited protection, except when the door is opened. When a one-piece door using jamb hardware is opened, it swings out toward the driveway where it may contact your vehicle, so it is important to park 4-6 feet from the door to prevent contact. I have heard of an isolated case when the outward swinging door knocked a workman off his ladder, so there is no doubt you must practice extra caution when around one-piece doors.

Truly the only real way to eliminate the many safety problems associated with one-piece doors is a complete retrofit replacement to a sectional door. Sectional doors do not have the same pinch points or inherent danger points, however sectional doors are not completely without some dangers. The counterbalancing extension or torsion springs are under extreme tension and can easily injure someone who is not familiar with the system, or has NO knowledge of the danger points. 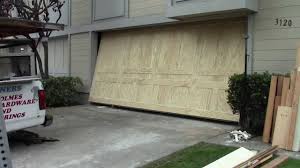 Other main area of concern is where any two panels mate when the door is closing. There have been many documented cases of people getting their fingers crushed between two panels when pulling a door down to close it from the outside. A DASMA standard created in 2007 instructs installers to place handles on the outside of the garage door. By placing handles on the door at strategic points, it is hoped this may steer people toward the handles and thwart people from placing their fingertips in the door joint to pull the door down. So, you can see there are many areas on all garage door types where extra attention must be displayed.

Now here is the big one—Unknown to most is there are only a few garage door operators listed with UL 325 that are suitable for one–piece doors. To motorize a one-piece door in California most choices for automation are with operators that are listed with UL325 for sectional doors only. The only exception are residential door operators made by Marantec in Germany. The safer sectional door combined with the appropriate safer UL listed door operator is truly the safest way to go and should be the goal for any homeowner who wants the safest garage door system. With a sectional door installed you have many choices on door openers and can even find many suitable operators in your local DIY hardware store.

Roy Bardowell, CDDC, served as Operations Manager at Guardian Access & Door Hardware until 2012. He has been in the door and operator industry since 1973 and is known as one of the industry’s most experienced operator technicians and trainers. Roy received the IDEA Commitment to Excellence award in 2008 and IDA’s Jerry R. Reynolds Volunteer Service Award in 2017. Contact him at roythedoorman@gmail.com

2021-06 Roy's Blog Simple Ways to Increase Your Security at Home.pdf

2020-03 Roy's Blog Keeping Your Garage Door and Motor Up to Code.pdf